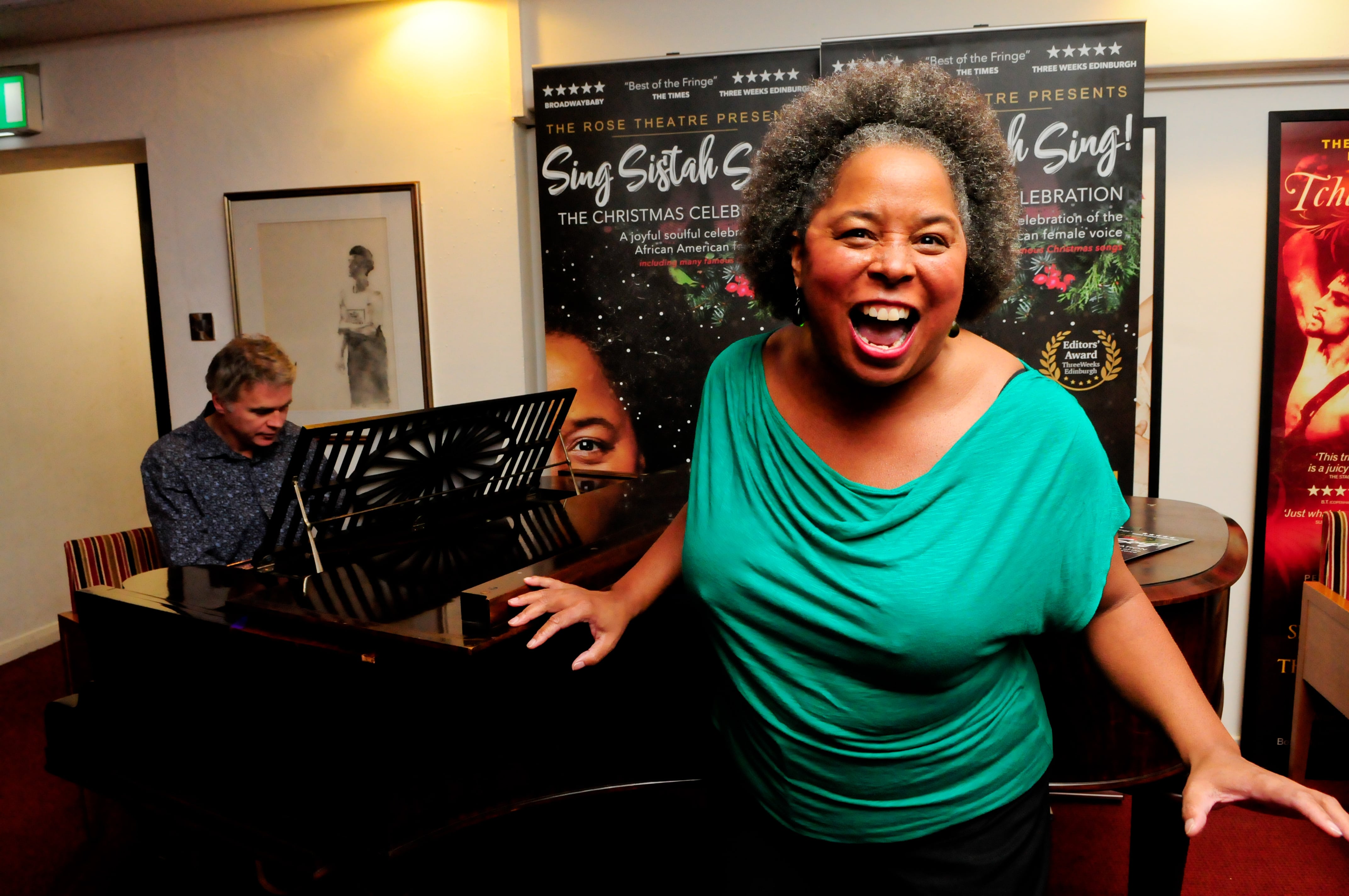 A British-American opera singer and an award-winning Edinburgh-based former politician and professional pianist will perform a festive adaptation of a five-star Fringe hit show in the Capital next month.

Andrea Baker, the internationally-renowned mezzo soprano, and former SNP councillor Richard Lewis will present a tinsel-tinged edition of Sing Sistah Sing, a celebration of Christmas and the sound and breadth of the African American female voice. It will run from December 20-23 and 27-30 show at The Rose Theatre, the city centre venue that, together with the iconic St Stephen’s Church in Stockbridge, was purchased by the Olivier Award-winning performer Peter Schaufuss two years ago and transformed into a modern space for performance and training.

Peter Schaufuss said: “We are so happy to bring a special festive adaptation of such a successful Fringe show to The Rose Theatre. It will be a treat for people in Edinburgh at Christmas time to see something totally different to what is out there and to savour the superb virtuoso performance of Andrea Baker and the considerable talent of Richard Lewis.”

Lewis, who attended the Capital’s James Gillespie’s High School before graduating from Oxford University and completing a Masters in music at University of Edinburgh, served as convenor of City of Edinburgh Council’s culture and sport committee from 2012-2017. He is a guest lecturer at The Royal Conservatoire of Scotland and has conducted The Scottish Chamber Orchestra, Danish Radio Sinfonietta, the Edinburgh Chamber Orchestra, National Youth Orchestra of Scotland, The Queensland Orchestra and the Shanghai City Symphony Orchestra

Sing Sistah Sing! will show at The Rose Theatre (Rose Street, Edinburgh) on December 20-23 and 27-30, with performances on Thursday-Saturday at 7.30pm and Sunday showings at 5pm. To purchase tickets, visit www.rosetheatreedinburgh.co.uk or call 0131 622 6552.