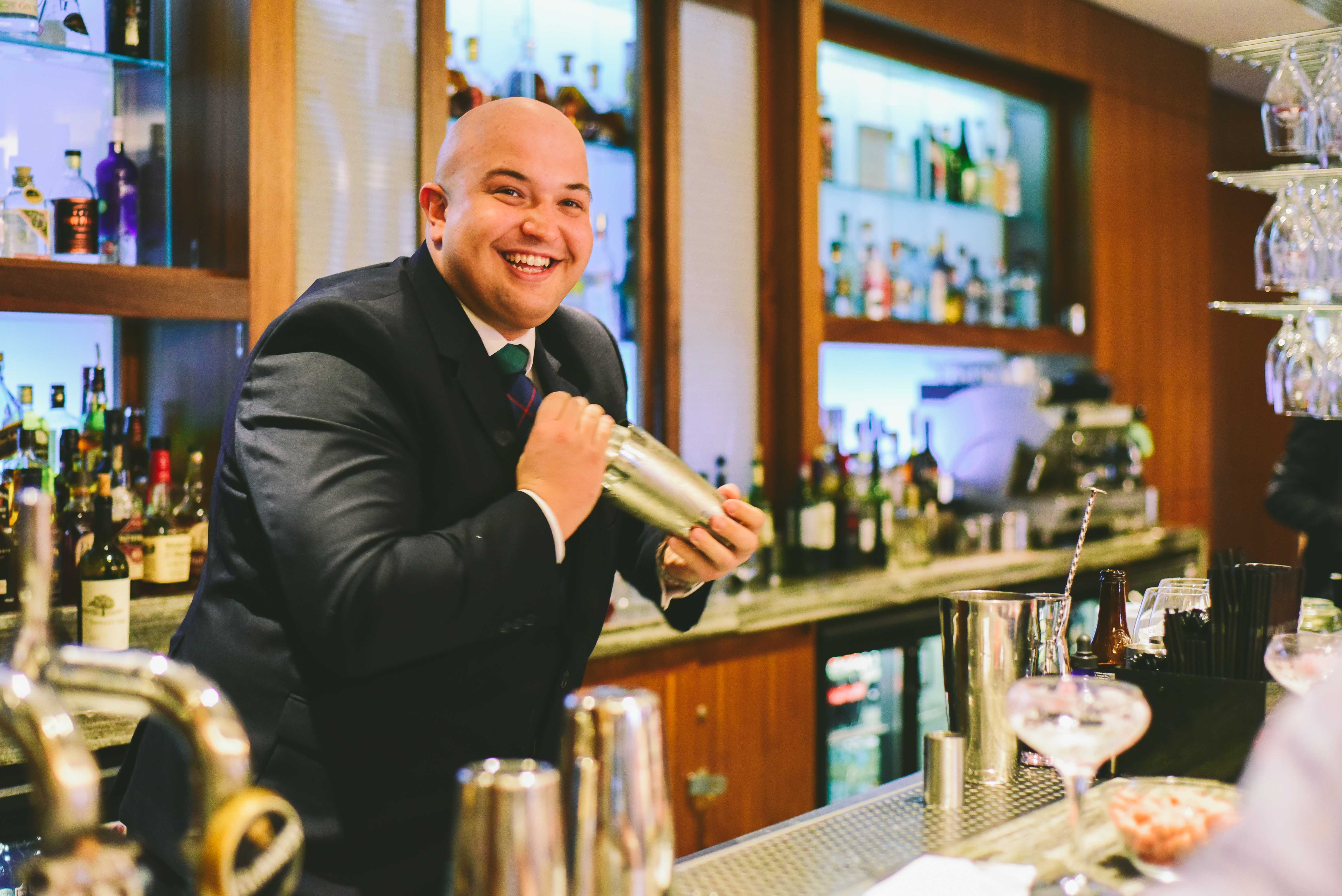 Over 80 bars across the capital are taking part in next week’s Edinburgh Cocktail Week (30 more than last year) including Harvey Nichols, Tigerlily, Dragonfly, The Voyage of Buck, The Voodoo Rooms and The Grand Café, with each bar designing a unique Signature Cocktail which can be enjoyed for just £4 each with an ECW wristband – £6 for a weekday band (valid Monday to Friday) and £8 for a weekend band (valid Saturday and Sunday).

This year also sees the introduction of an exciting new Cocktail Village at Festival Square, which is free to enter with a wristband. The Cocktail Village is open from midday to 11pm (8pm Sunday) and will act as the social hub of the event, where festivalgoers can meet-up with friends and sip on £4 cocktails from 15 individually themed pop-up bars including Grey Goose Vodka, Edinburgh Gin, Johnnie Walker, Poco Prosecco, Rumbullion Rum, Belvedere Vodka, St-Germain and a special ‘Golden Ticket’ bar from The Pop-Up Geeks. It is also beautifully decorated in the style of an Autumn Garden, with live music and DJs to make visitors feel like they are at an outdoor festival, while being in the comfort of an enclosed marquee.

Organiser Gary Anderson commented… ‘After 12 months of planning and organising, we’re excited to see Edinburgh Cocktail Week come to life and welcome everyone to our bigger, better event. There is so much to do this year between hoping around bars and discovering new tastes, to attending parties and masterclass, distillery tours and interactive challenges, or just hanging out in the Cocktail Village with your friends – there’s no experience like it in Scotland, so we say make the most of it and see you at the bar!’

Thrill-seeking wristband-holders are invited to join Chivas Regal for a whisky themed Escape Room at Nightcap. Designed for both experienced and amateur whisky drinkers, attendees must use their senses to guide themselves through a labyrinth of flavour, collecting whisky along the way to unlock and create their own personalised blend at the end of the challenge, before enjoying a complimentary cocktail in the Nightcap Lounge.

Another exciting addition this year is ‘The Secret Spirits Study’ pop-up on Queen Street – a masterclass hub by day and underground bar by night, hosted by Wemyss Malts and Darnley’s Gin. Those eager to sample and get creative can look forward to experiential masterclasses such as ‘Mixed Drinks Through the Ages’ which explores the past, present and future of cocktails through sampling and hands-on cocktail-making. Or take ‘A Liquid Journey’ and sample six botanical spirits to discover how they react with one another to form the award-winning Darnley’s Gin range, while ‘The Secret to Blending Whisky’ masterclasses take pupils on a laboratory style flavour tasting before crafting a personalised blend to take home. In the evening The Secret Spirits Study will transform into a hidden cocktail bar with a programme of bar takeovers with mixologists from across Scotland showcasing their skills to create £4 cocktails for wristband-holders to imbibe on in the lounge or underground bothy.

If a break from cocktails is needed, festival-goers can head along to The Empress of Broughton Street for a beer & whiskey pairing with Jameson Whiskey and local craft brewers Barney’s Beer, or be the first to take a tour of the Sweetdram distillery as it opens for the first time, exclusively for wristband-holders. Tour tickets cost £6 each and include samples of Sweetdram’s Escubac (described specifically as not a gin) and their Smoked Spiced Rum.

And the fun and benefits of an ECW wristband don’t end there: wristband-holders can also enjoy a complimentary cocktail with beauty treatments at NOW by One Spa; promotions at the Official ECW Bottle Shops, Royal Mile Whiskies and Drink Monger; 50% off a ride with mytaxi; and free entry before midnight to Edinburgh’s top late-night venues Lulu, 4042 and Shanghai – visit the ECW website for T&Cs.