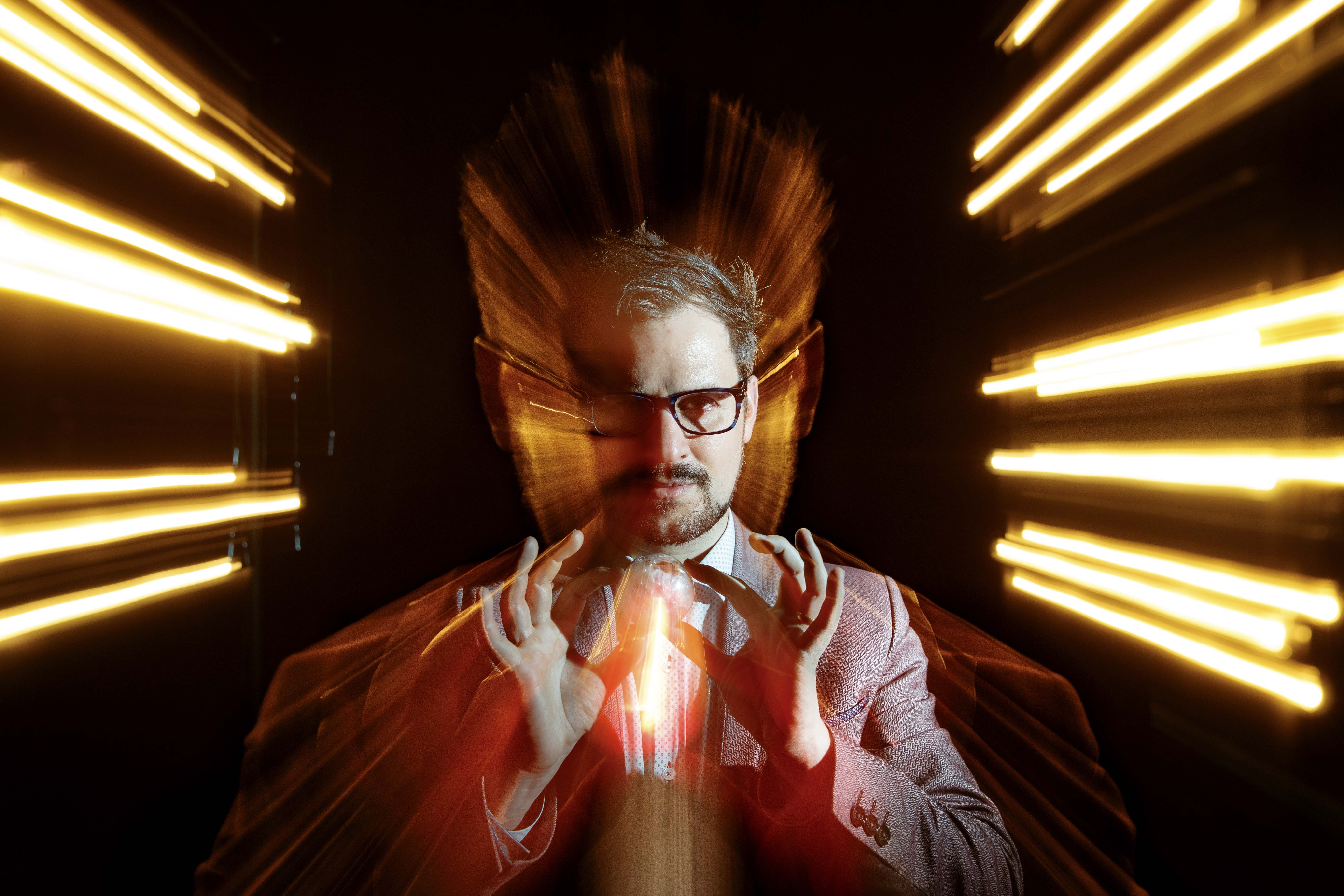 After a successful launch of their festive edition last year, MagicFest Christmas are delighted to return with ‘The Secret Gift’ Christmas Special, 27th – 30th December, featuring stars of magic from around the UK and special guest performers from Spain.

Audiences of all ages are invited to enter MagicFest’s wintery world of wonder and unwrap ‘The Secret Gift’ with performances from five magicians including grand illusionist Chris de Rosa, magic vaudevillian Paul Dabek, magician-scientist hybrid Kevin Quantum, and Spanish performers David Blanco – a master of misdirection – and the legendary ‘Bubble Poet’ Señor Pérez, who will bring the show to a spectacular finish with a flurry of bubbles.

Following the popularity of last year’s show, MagicFest Christmas moves to the city centre Traverse Theatre, welcoming people to share in the joy of magic and uplifting feeling of enchantment. And just like Christmas Day, the two-hour show is packed with suspense, excitement, surprise and guessing that will leave a smile (and look of confusion) on everyone’s face.

Artistic Director, Kevin Quantum commented… ‘It is heart-warming to announce the return of MagicFest Christmas and I am thrilled that the show will take place at one of my favourite Edinburgh theatres – the Traverse.

Edinburgh is really lucky to be the only city in the UK to have a magic festival at Christmas, and I think our festive show has been so well received because it offers something fun for families and couples to do that extends that magical feeling of Christmas Day for a few extra days. Why should magic finish on 25th December?!’

David Blanco (Spain) – The Honest Deceiver
Inspiring visual magic with drama and surprise. Funny and remarkable, his “honest lies” will arouse the curiosity of many and the smiles of all.

Paul Dabek (UK) – Magician, Comedian and Vaudevillian
A bag full of banter and a personality that reaches right to the very back of the theatre, it’s no wonder that Time Out Mag describes him as ‘A Superb Showman’!

Chris de Rosa (UK) – The Grand Illusionist
Presenting the Art of Illusion. From death-defying grand illusions to graceful classical sleight-of-hand. With over 27 years of performing worldwide on cruise-ships, casinos and theme parks, Chris has worked on the world’s leading illusion shows.

Señor Pérez (Spain) – The Bubble Poet
A brilliant combination of bubbles, magic and smoke where soundtrack and graceful movement will give to the audience a wonderful experience of visual beauty.